Since February, countries have been publishing their plans for cutting greenhouse gas (GHG) emissions, ahead of a UN meeting in Paris in December.

If every country keeps pumping GHGs into the environment at its current rate until 2100, the planet’s surface will warm by an average of up to 6°C, bringing about a dramatically different climate.

The initial pledges for emissions cuts refer to the period between 2020 and 2030, but we can also make educated guesses as to what countries will do right through to the end of the century.

Use this animated interactive graphic to explore what would happen if countries curb their emissions in line with their stated aims, and to see if you can create a scenario in which the 2°C target is met. 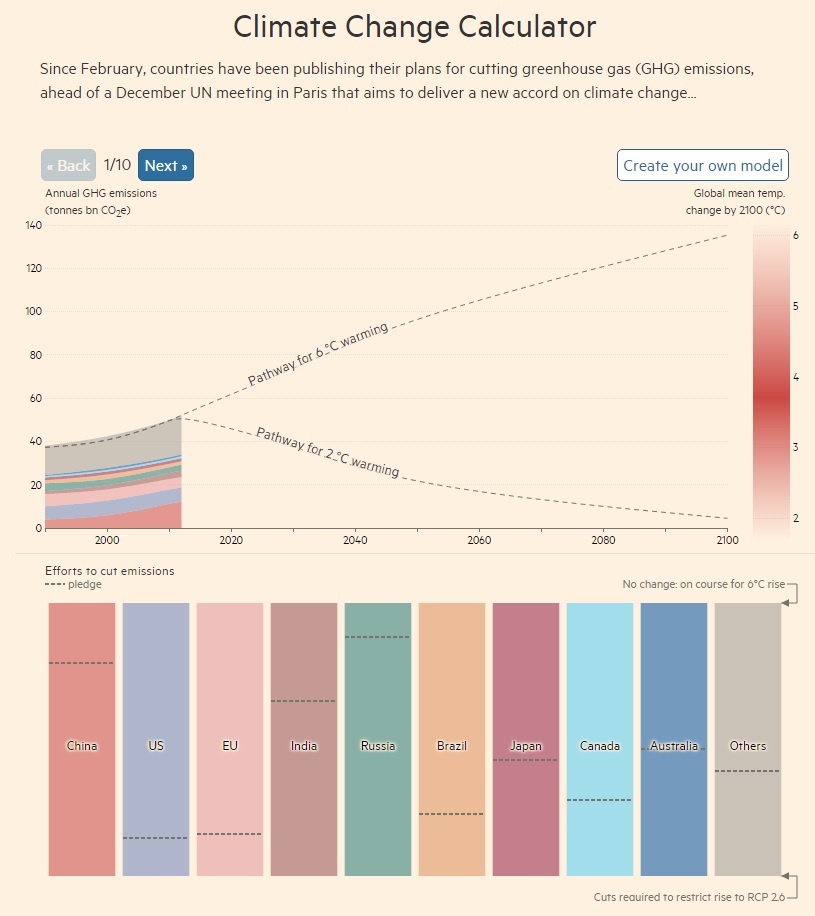