Online calculator shows how much time and money you spend commuting

An online tool has been devised to help workers calculate how much of their life they spend commuting. Developed by automotive company Ford, the web calculator takes simple data about individuals’ daily commute. Having established how much is being spent in time and money, it also shows users what else they could get for the same amount of cash.

It can also show, for instance, how a commute of 220 minutes every day in both directions – as a worker might take to commute into London from outside the city –  would involve spending around 4.5 years of their life in total journeying to work.

In terms of costs, the site suggests the money that will be spent on the same commute over the course of a career would be enough to buy a 167-square metre house on the tropical island of Bali.

According to the website, the length of the average EU commute is 37.5 minutes per day. 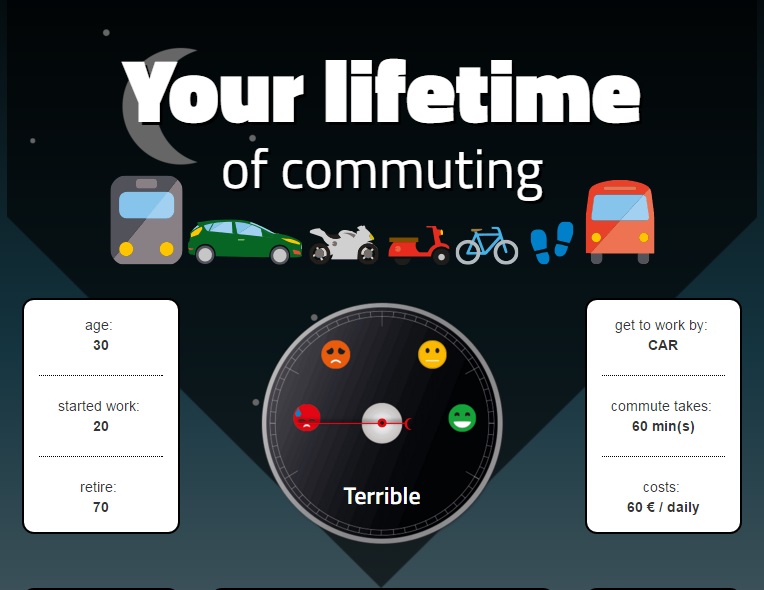