It’s a disease that kills millions of people across the world each year.

But scientists have now developed a new online tool that can calculate your risk of developing lung cancer. The handy calculator, which tests have shown is nearly 90 per cent accurate, has been branded a ‘great idea’ by charities. It has been hailed as the first test that can predict the risk of lung cancer in those not deemed at high-risk, including light smokers and the young.

Users are quizzed about how long they have smoked for – and how many cigarettes they puff a day, on average. They are two major causes of lung cancer.

However, a team of Norwegian & Greek researchers have now added two new risk factors that can lead to lung cancer to their test.

They include: having a nasty cough during certain times of the year and spending a long-time inside smoke-filled rooms. 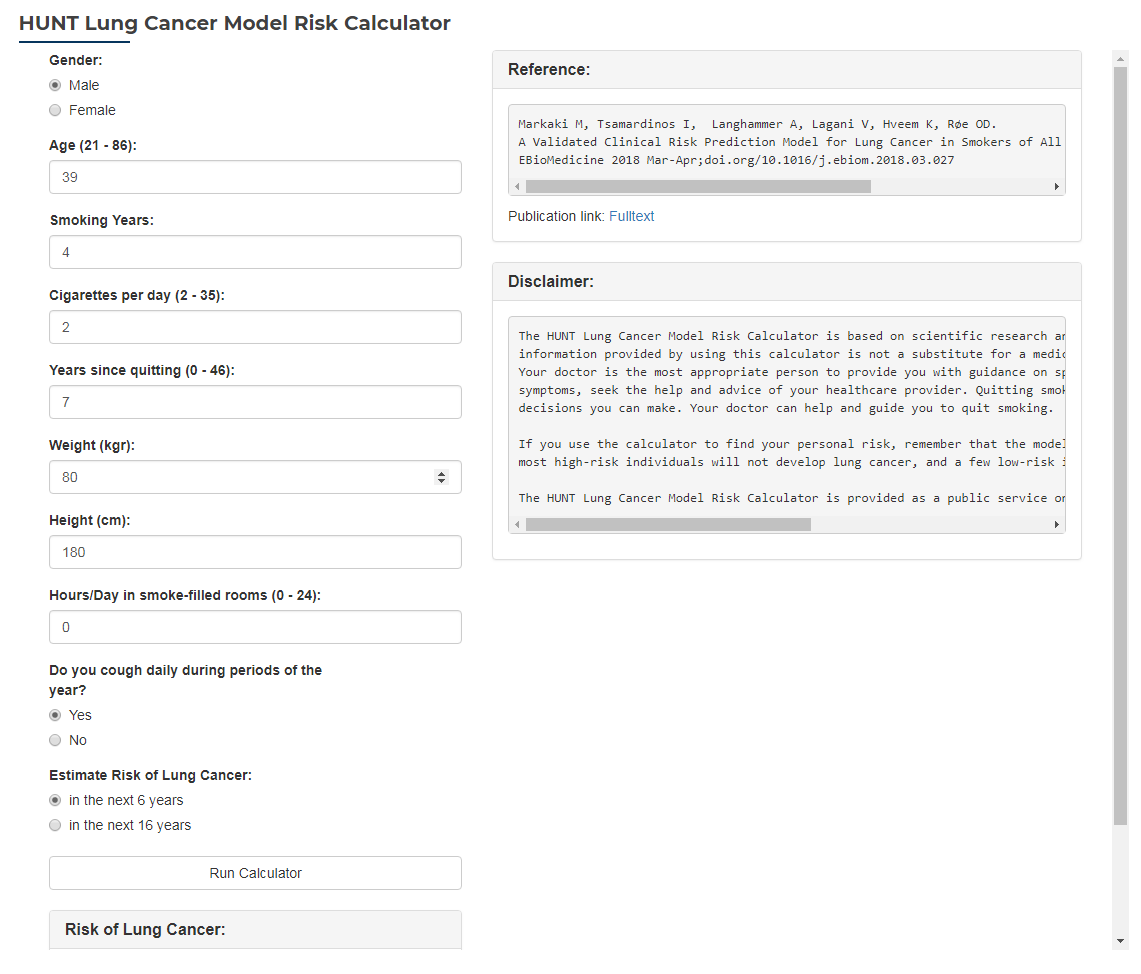